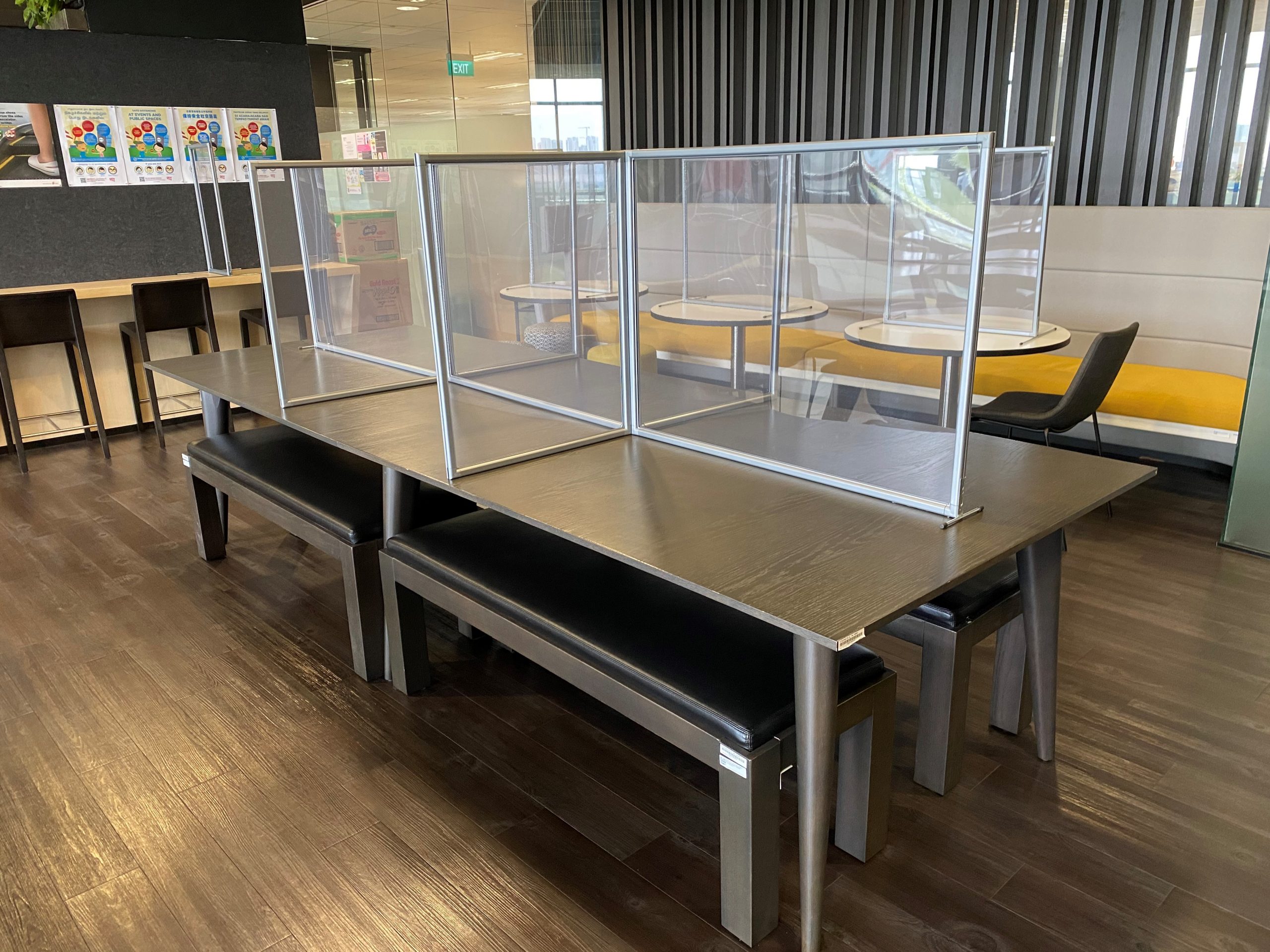 This 8-seat table was turned into a safe 6-seat table by using GuardUp screens.

Covid-19. Five letters and two numbers that have changed the way we work and live in a matter of months, with some of those adjustments staying with us for the foreseeable future. Facemasks will undoubtedly be here until a vaccine is available, and while the guidelines on working in office environments have relaxed slightly in Singapore, many of us will be splitting our professional time between company premises and our homes. Despite the fact that community transmission numbers remain low, we cannot get complacent, as the relaxations mean that there will be more opportunity for people to mix which could lead to rises in infections.

Amber and Green are a specialist exhibition stand supplier who have been operational in Singapore for over 10 years. During Circuit Breaker, as with the majority of event focused businesses, contracts and opportunities quickly disappeared due to the restrictions imposed on large-scale gatherings. It quickly became clear however, that the modular solid and lightweight plastic framing systems used for their exhibition purposes could be utilised in a different capacity by swapping out graphic inserts for transparent acrylic inserts. Their frames can be used as a free-standing screens, or can be connected to others to form an effective barrier for larger groups and are ideal for use on work desks, meeting room tables, reception and information counters, and also within retail and F&B environments.

This innovative business pivot lead to the inception of GuardUp virus protections screens which were launched as a commercial product in April 2020 – the first product of its kind available in Singapore. Soon after Amber & Green was given permission by the MTI to re-open as an essential supplier and since then their screens have been installed in a variety of environments including government agencies, universities, hotels, hospitals, large multi-national organisations and SME’s with solutions ranging from receptions desks to full office fit-outs.

One of their early projects came from a Singapore-based Company whose initial requirement was for protection screens in their pantry and casual meeting areas. In pre-Covid times employees could sit at bar tables to eat in a similar set up to Sushi bars, with 5 people sat along a 3m long bar while casual meeting tables allowed for 8-10 people to sit and talk freely.

With the recommended social-distance of 1m, GuardUp screens were used to divide the tables so that each person could sit in a designated 1m wide space, with screens on 3 sides providing a barrier between them and anyone seated next to, or opposite them. Although this reduced the number of people that could sit at each table, the 70cm high screens ensured that droplets from breathing, coughing or sneezing could not reach anyone else providing employees a safe space to enjoy lunch whilst feeling protected.

At this time, the company’s staff were largely working from home so screens in the open-plan office area and formal meeting rooms were not required, however with the relaxing of the rules to a maximum of 50% of staff being allowed to return to the office for 50% of the time, they recently commissioned screens for others areas within their premises.

Dividing up their employees into 2 groups, they needed to ensure both cohorts were separated in their meeting room as well as the open-plan office. With 2 entrances to the meeting room, Amber and Green devised a system so that Team A could use one entrance, and Team B the other with GuardUp screens installed to split the room down the middle providing not only a barrier along the meeting table, but also preventing employees passing through to the other side of the room.

As GuardUp is made from an existing exhibition display system, Amber and Green were able to provide a 7m long structure, with a layer of screens sitting on top of the 4.5m wide meeting table, with both ends connected to floor-standing screens to prevent movement between the groups. The floor-standing screens were stabilised using a traditional ‘clip and pole’ system that is commonly used for backdrop displays, while small return screens placed along the structure on the meeting table ensure the 4.5m long run of screens has sufficient stability and rigidity.

Once the teams have returned to their desks through the separate doors, a run of screens 7.5m wide x 2m high separates the 2 teams’ work areas, ensuring that they are distanced as per government guidelines.

One of the unique selling points of the GuardUp system is that the screens do not require any fixing to the tabletops. No drilling is required, so they can be quickly and easily dismantled and deployed in a different formation elsewhere, or even removed completely if further relaxations and guidelines are put into place. Another benefit is that the plastic frames can be recycled giving the GuardUp solution environmentally friendly points.

Protective screens in the office are just one of the things that will signify the ‘new normal’ and it’s reassuring that so many companies in Singapore are being pro-active about the precautions they can take and the measures they can put in place to help protect and safeguard their employees in the workplace. 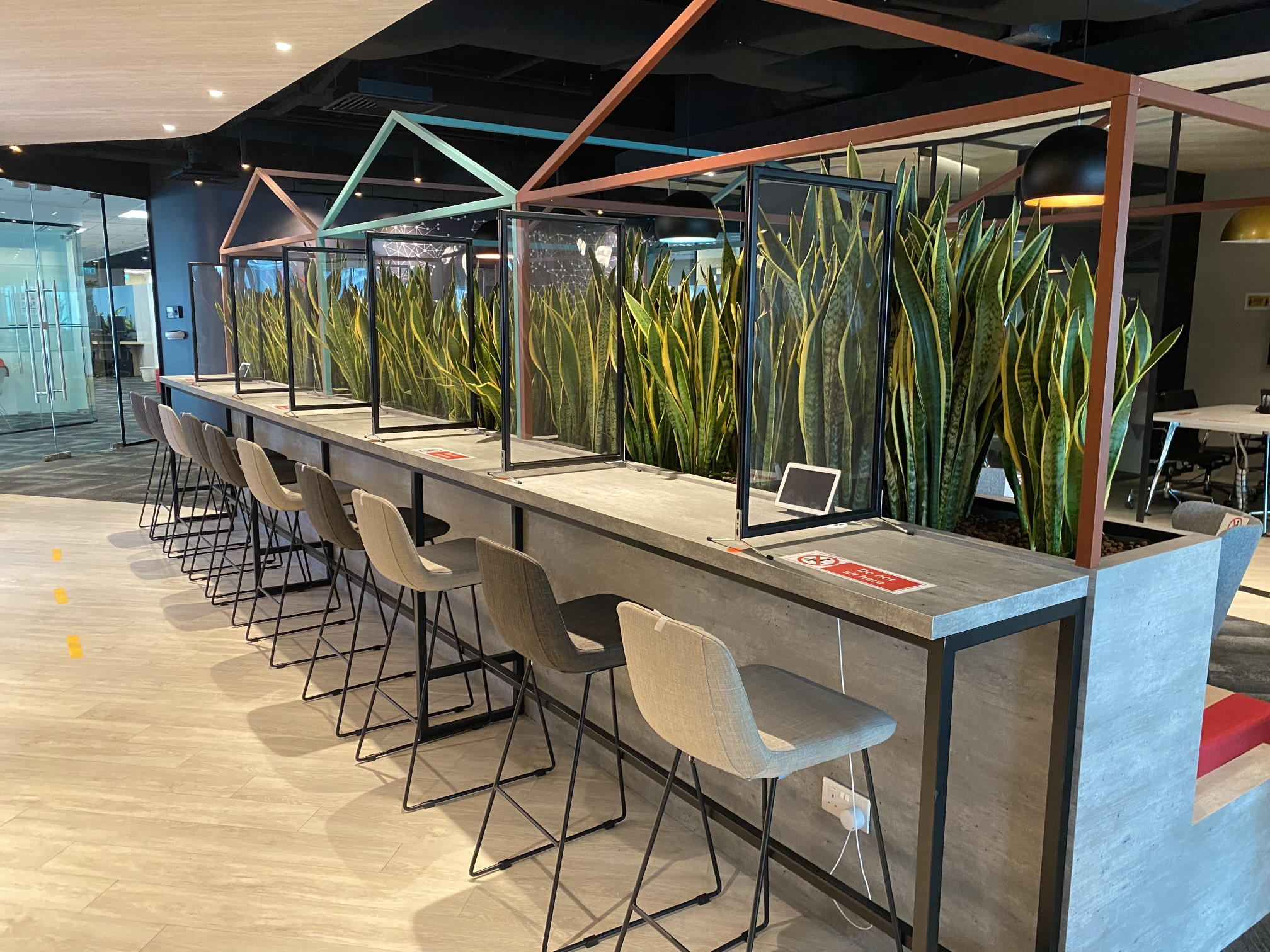 This informal seating / dining area was divided up with GuardUp screens placed in between each seat. 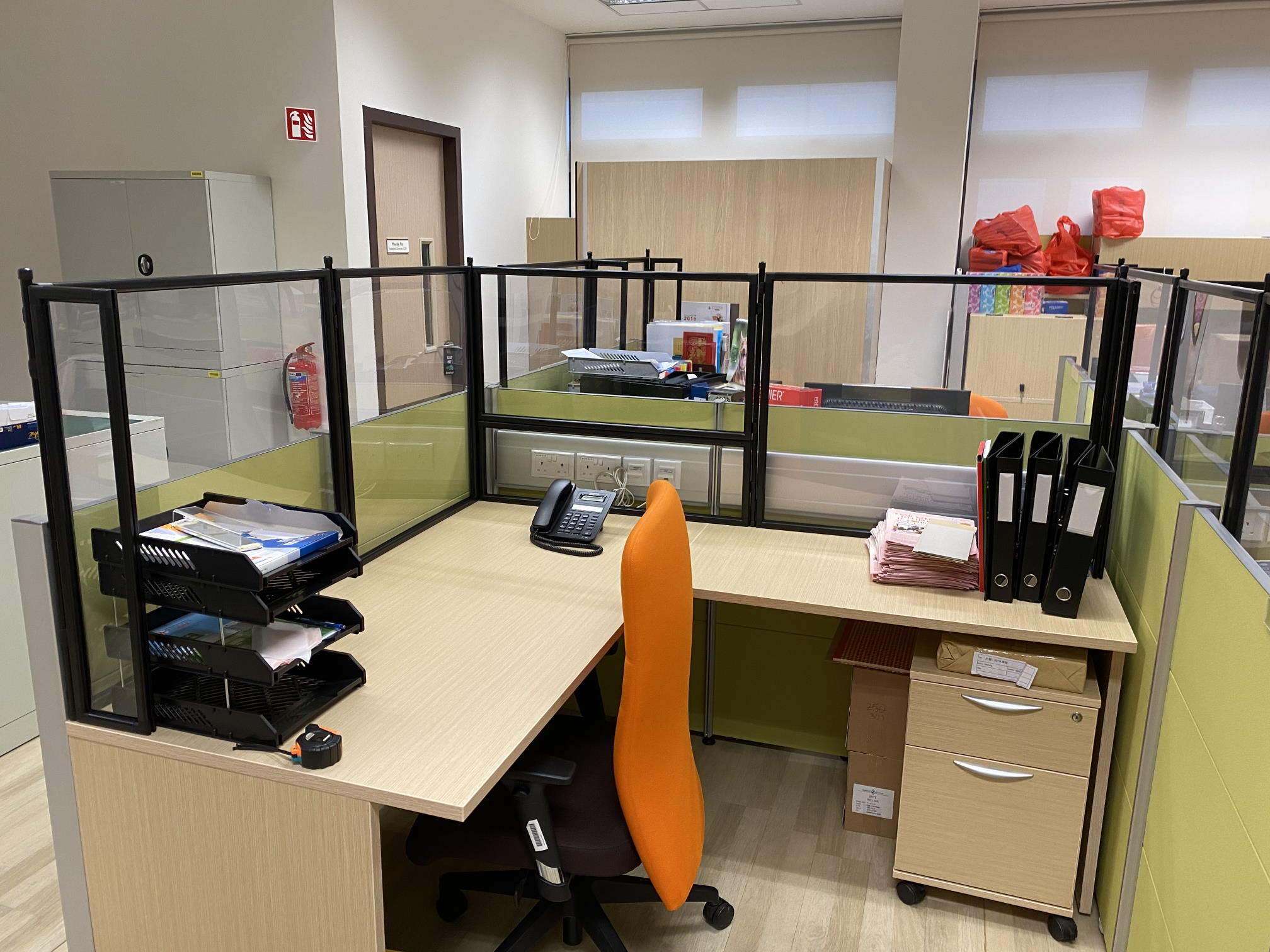 This office in Singapore used GuardUp screens to safely divide their workspaces. 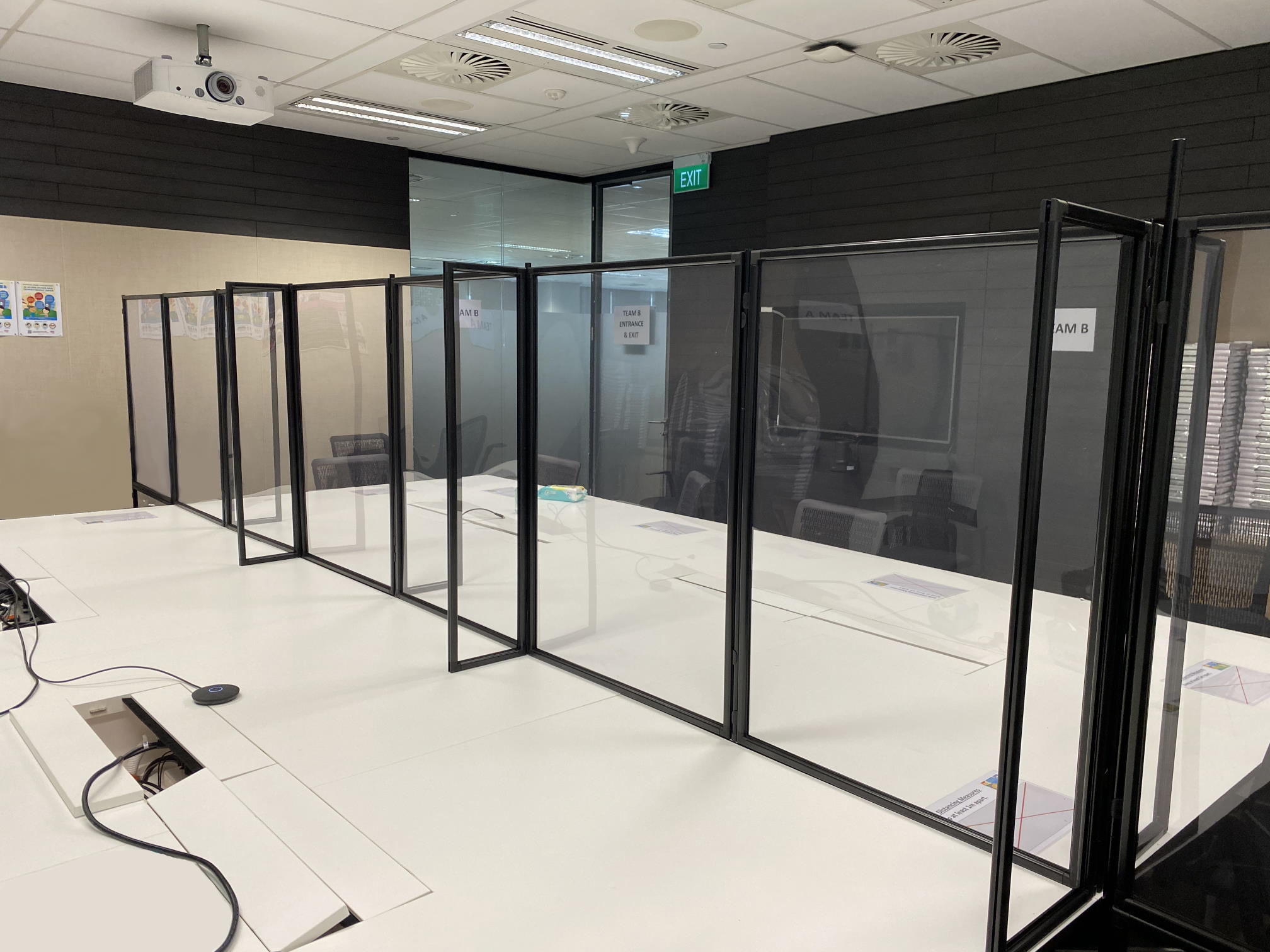 GuardUp Screens used to divide up a meeting room into two halves.

GuardUp Office protection Screens are distributed in Singapore by Amber & Green Pte Ltd. Contact or to arrange for a site survey and no-obligation quotation to help safeguard your office. www.guardup.asia

Working in Confined Space. What You Need to Know.

Is your safety training S.M.A.R.T?