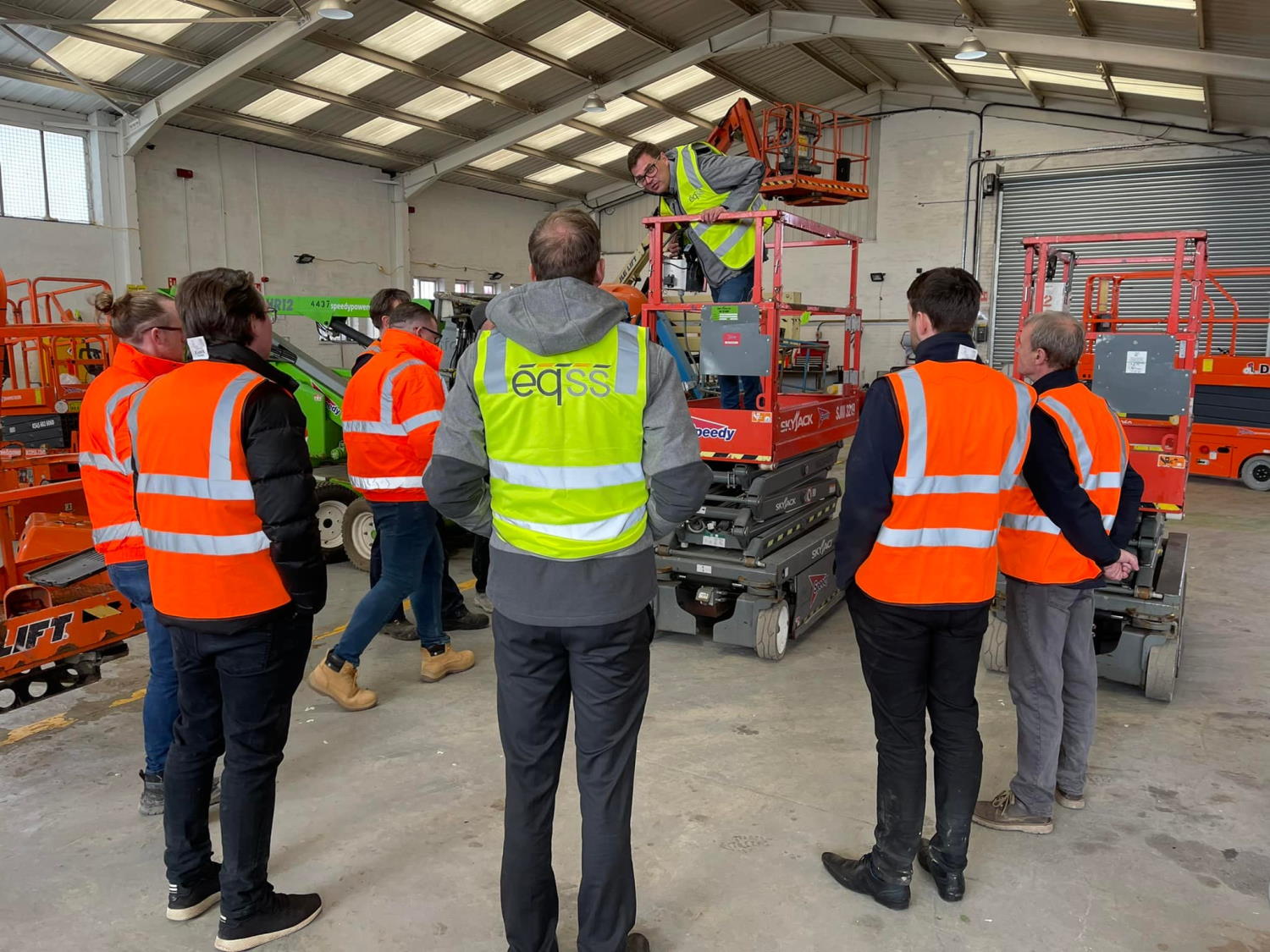 Australian company EQSS has arrived in the UK with its innovative OverWatch device, which can prevent deaths from crushing and trapping incidents on scissor lifts.

The OverWatch is the only secondary guarding device that has proven itself on every job site, and UK contractors have welcomed its arrival, with five contractors set to begin trials this year. These trials will use scissor lifts from two of the UK’s largest rental fleets, giving operators a chance to test the OverWatch out in the real world on the construction site.

Craig Hook, Head of McAlpine Lifting Solutions at Sir Robert McAlpine, said his company was pleased to be one of the first in the UK to get the OverWatch on their machines.

“Sir Robert McAlpine is very keen to use technology to support safe operational use of MEWPs. The OverWatch system, as part of a safe system of work, promises safety without impairing the use of the machine for the planned works. Historically, protection of occupants of scissor lifts has been problematic, so we are trialling the new system to assess for the broader benefit.”

Between 2016 and 2020 there were 27 trapping incidents on scissor lifts around the world, 19 of which proved fatal, according to IPAF 1 . Most of those incidents occurred in the construction
and facilities management sectors.

Preventing such tragic incidents is what drove the industry to introduce secondary guarding on all mobile elevated work platforms (MEWPs), but previous protective devices have not been suitable for all types of scissor lifts, nor in all types of conditions.

Ross Bowden, Managing Director of Equipment Safety Services (EQSS) explains: “An effective secondary guarding system can mean the difference between an incident and a tragedy. It is encouraging that Sir Robert McAlpine is getting on the front foot to evaluate the OverWatch system. It is tremendous to see a company that is proactive and not waiting for a tragic incident to occur.

The OverWatch was nominated the 2022 IAPA (International Awards for Powered Access) innovation prize. At its heart is a Lidar sensor, which uses an infrared light beam to track the operator’s movements. The system analyses the operator’s position and movement in relation to the motion of the scissor lift. It can then determine when an operator has moved abruptly or is in a dangerous position – either of which will immediately stop the MEWP.

The OverWatch’s unique operator-centric approach to reducing the harm of a crush accident, in conjunction with its superior technology that works no matter the elements or type of jobsite, has led to its widespread adoption in Australian rental fleets and on Australian construction sites. And now, the global industry is taking notice.

“Secondary guarding reduces risk and I’m committed to installing it on the 4000 scissors that we have. The OverWatch meets our needs and we value the fact it can be fitted on each of the brands we have in our fleet.”

While the OverWatch may be new to European shores, it arrives with a proven track record in real-world applications, fitted in more than 6000 Australian and New Zealand scissor lifts.

The OverWatch arrives in UK and Europe with a local support service available, approved by OEM approvals, and certified to CE and UKCA. 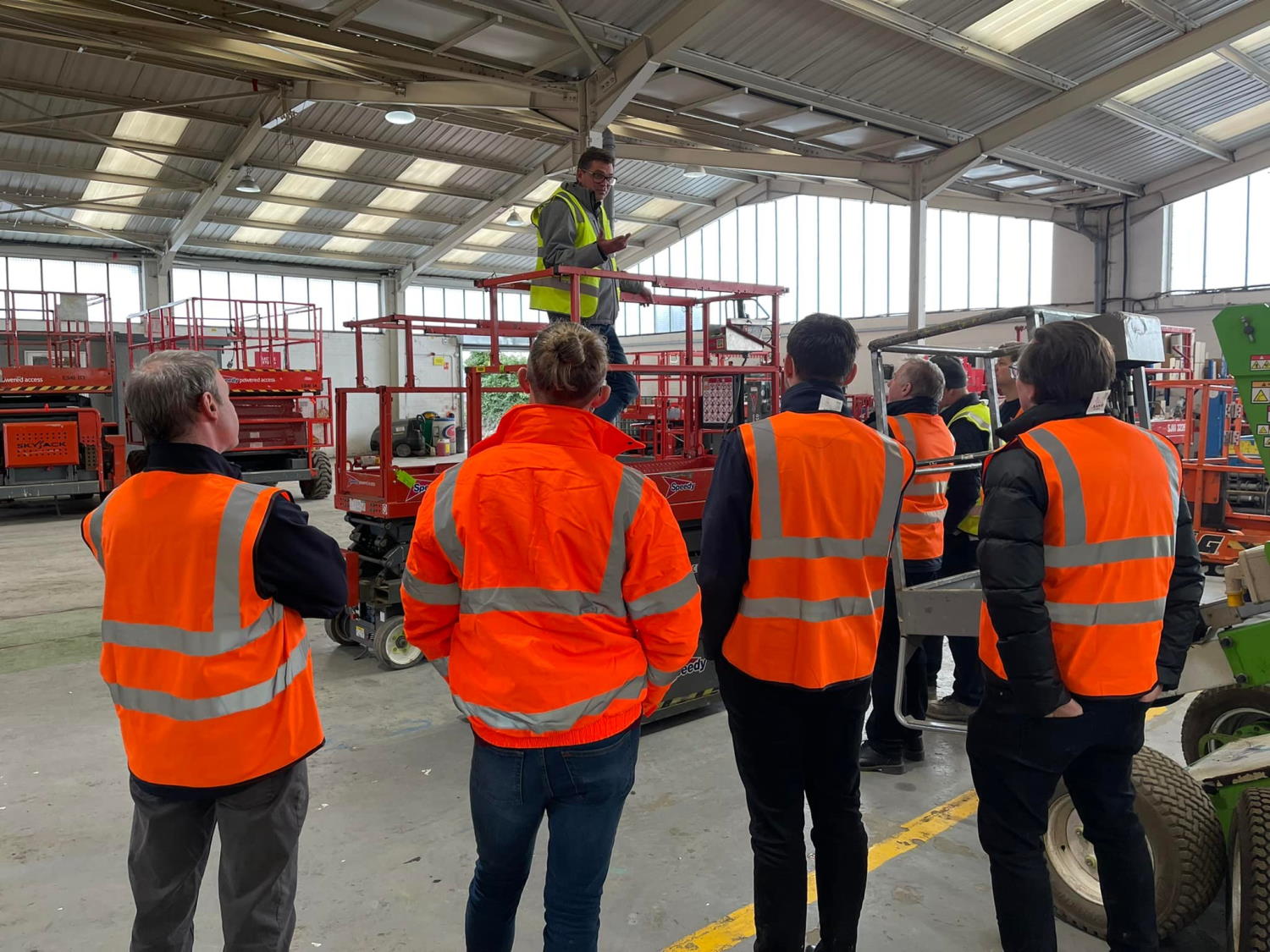