Is Coronavirus the Beginning of the End of Offices?

We found for you an article on “Archdaily”, the most visited architectural website in the World, allowing you to reflect on a change in the typology of traditional offices and Open Space. Thanks to the coronavirus which has forced each of us to achieve a global experience of working from home.

Over the last three months, coronavirus has spread to more than 100 countries and claimed more than 18,900 lives (as of 25th March 2020). It has also plunged many global industries into a paralysis, from canceled flights and mass quarantines to disruptions in supply chains and financial markets. Setting aside the serious health implications of the outbreak, the coronavirus epidemic has, in an unorthodox way, amplified a debate over the future of work. With millions of people around the world working from home as a result of the outbreak, whether through quarantine or as a company precaution, the question is being asked by outlets around the world: are we seeing the beginning of the end of the traditional office typology?

Covid-19 will not destroy working in traditional offices.

Let’s be clear. Coronavirus will not directly and irreversibly destroy the concept of working in traditional office buildings. However, it has indeed forced a major global ‘work-from-home’ experiment that, when businesses, cities, and societies return to normality, may cause a reflection on the benefits of working from home, or at the very least, a change in the traditional office typology.

This experiment is on a scale like no other. Since early February, millions of Chinese employees have been working from home, while Amazon, Facebook, Google, and Microsoft, told Seattle workers to work from home in early March. Throughout February, 77 public companies on the global stock market mentioned “working from home” in transcripts: up from five the previous month, and significantly more than the previous record of 11 in 2018.

Maybe a spike, but not the genesis

The coronavirus may have caused a spike in remote employees, but it was not a genesis. The number of regular work-from-home employees in the United States has risen by 173% since 2005, now standing at 4.7 million employees or 3.4% of the workforce. Meanwhile, 5% of employees in the European Union work from home as of 2017, with concentrations in the Netherlands (13.7%), Luxembourg (12.7%), and Finland (12.3%).

Interest in remote working is not without merit. It allows companies to hire top talent with few geographic limits while avoiding the significant overheads associated with office buildings and supplies. A Stanford study of 250 people in 2017 also showed that working from home boosted employee productivity by 13.5%, reduced sick days, and improved job satisfaction. From the employee perspective, the advantages are obvious: less time and money commuting, a better work-life balance, and a quieter, more productive atmosphere.

The idea is surging in popularity too, with Global Workplace Analytics noting that 80% to 90% of the US workforce says they would like to work remotely, at least part-time. The same organization estimates that if those incompatible jobs that wanted to work from home did so part-time, it would save $700billion across the United States between businesses and employees, while the savings in greenhouse gases would be the equivalent of taking the entire workforce of New York State off the road permanently.

These new models of work will inevitably lead to an evolution in the design of office spaces, or indeed alternative spaces for working

These changes in attitudes and habits should be of great interest to architects and designers. As a profession, we have seen ourselves how feasible it has become to share knowledge, information, and models digitally with colleagues across the country, and the world, whether it be through BIM models, Slack channels, or remote servers. These new models of work will inevitably lead to an evolution in the design of office spaces, or indeed alternative spaces for working. While the traditional office typology will no doubt remain, the architecture within will be heavily influenced by trends such as remote working.

By some estimates, 40% of an office’s dedicated desk space already sits unused on a given day. In a future where many employees might spend 50% of their week working remotely, the interior design of offices will become increasingly more flexible, while others adopt more residential tones to create a “home away from home”.

Departing further from the traditional office typology is the concept of coworking. One of the largest coworking companies is WeWork – founded in 2010 – which in recent years has shown interest not only in workspaces but in interior design and urban organization. These impulses gained strength in May 2018, when Bjarke Ingels was announced as the new WeWork chief architect. Months later, Mexican architect Michel Rojkind became the new senior vice president of the architecture office. Coworking may prove the most effective compromise between traditional and remote working: where highly-equipped communal offices allow employees to work effectively with colleagues across the world, yet without suffering from the physical isolation and loneliness that is often highlighted as a major pitfall of remote working.

Alternatively, the ever-evolving rate of technological change we see in almost all major industries could call for a total re-imagination of how we work and live with each other. Architects may be called to design a new, not-yet-realized typology of space that merges digital and physical, local and global, working and living, leaving the concept of dozens or hundreds of employees gathering in a single building for 8 hours per day a thing of the past. This in itself leads to a question of what happens to exist office typologies. Could these former workspaces, often equipped with complex MEP and servicing equipment, designed for extensive occupation, be converted into new ways of living or manufacturing in the heart of cities?

We have seen radical changes in the office typology before.

Open-plan offices first appeared in the 1940s, and yet account now for 70% of workplace design. Once the hallmark of the 1990s tech boom, open plan is now a highly-controversial choice of design, with questions raised over its effects on mental health, productivity, and heating and cooling loads. Meanwhile, the rise of gig economy giants in the early-to-late 2000s brought about a new workspace that openly merged work and play, where offices became a symbol of a company’s youth and spontaneity. If trends continue, the next architectural revolution in office design may see the mass removal of employees from their traditional workplace, whether through automation or, as discussed here, remote working. This transition from collective to remote working, and the architectural considerations it will mean for living and office spaces, old and new, was evident long before the current coronavirus pandemic cast it into the public consciousness. That said, this global forced experiment in working-from-home may ironically be a catalyst for a healthier future relationship between us and our workplace. 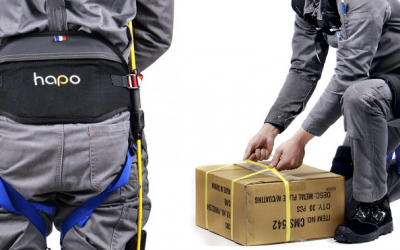 Hapo: Helps to Maintain or Regain Freedom of Movement 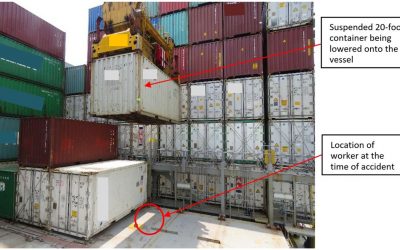 Worker pinned by cargo container – How can a technological approach help in preventing such an accident?

Read more
NO TIME TO UPDATE YOURSELF?
Let Us Help You!
More than 20,000 safety professional received the latest safety & health information right in their inbox monthly on us! Stay focus on your job but keep yourself informed.
Give it a try, you can unsubscribe anytime.
*We don’t share your personal info with anyone. Check out our Privacy Policy for more information

Powered by Convert Plus